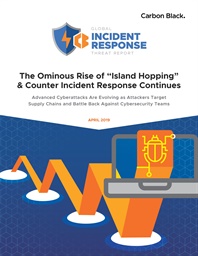 Cybercrime certainly isn’t basketball — the stakes are higher, your jump shot doesn't matter — and yet the principle remains the same. As incident response (IR) teams and their vendors raise the defensive bar, adversaries adapt in kind.

Submit
Please agree to the conditions

By requesting this resource you agree to our terms of use. All data is protected by our Privacy Notice. If you have any further questions please email dataprotection@headleymedia.com.

In order to provide you with this free service, we may share your business information with companies whose content you choose to view on this website.